The Caucus' mission was to make life better for the LGBT+ community on the political front, and they did that in more ways than one. Two examples of this include the Coors Beer boycott and the 21.06 Appeal. 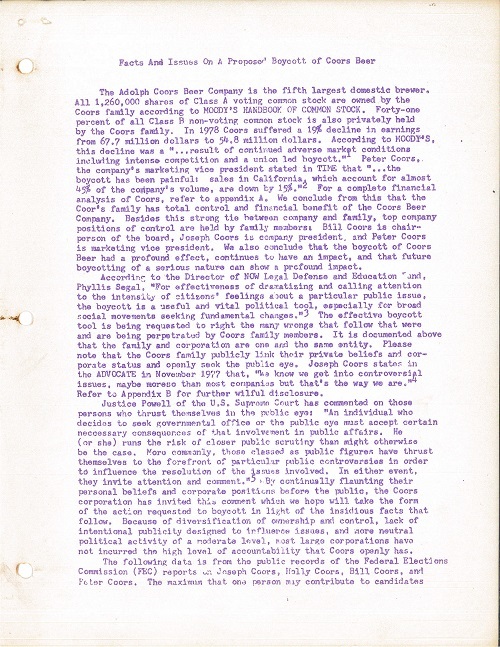 Modern LGBT+ culture found stable footing in bar culture. The back rooms of known LGBT+ bars offered a place for those forced into the closet to be themselves. As a result, the bars became an essential part of every LGBT+ person's life, including the drinks within.

When it was discovered that the Coors family of Coors Beer had made multiple sizeable donations to outwardly homophobic politicians and political entities, the Caucus took up the cause. One of their first big movements was to boycott Coors Beer in 1979, just four years after they were founded. This took the community by storm because of how influential bar culture was. This paper offers an introduction to the issue surrounding Coors Beer and why the boycott was necessary. 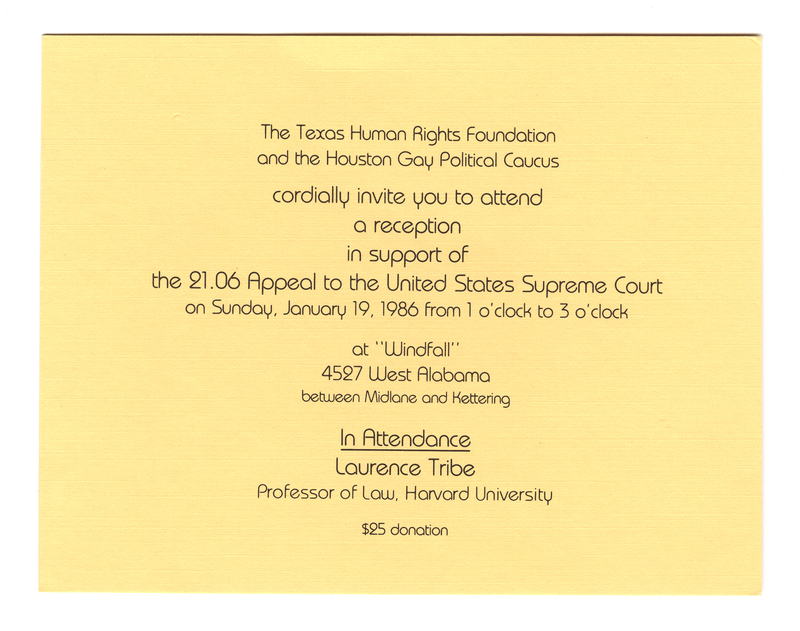 The Caucus also participated in what may have been the biggest accomplishment of the Texas LGBT+ community as a whole. The 21.06 law found in the Texas Penal code was well known to LGBT+ communities across Texas as the Sodomy Law. In this, same-sex intercourse was labeled "deviant" and a Class C Misdemeanor. Should someone be charged with this misdemeanor, they would be subjected to a fine of $500 or less.

The Caucus banded together with other LGBT+ organizations, political and otherwise, to fight this law. Over the course of several years, the organizations lost the fight many times, but they never gave up. In 1986, the law was taken to the Supreme Court and finally appealed. The entire Texas LGBT+ community could celebrate as their love was no longer deemed illegal.

The invitation on the right is to a reception the Caucus hosted in support of this momentous effort.